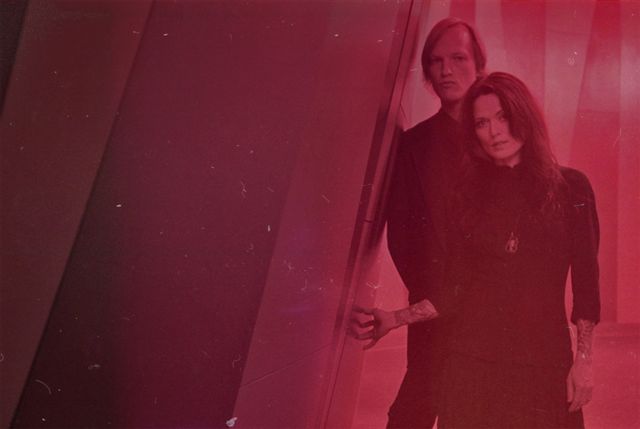 The most unusual release to land on this webpage this year, is without a doupt Sabbath assembly’s sophomore effort, ‘Ye Are Gods’, a strange brew of gospel, psychedelic rock and the occult. Randall Dunn, whom some of you may know as the producer for Sunn o)),  shares his vision.

Your songs are based on a strange cult from the sixties ‘The Process Church of the Final Judgment’. What did you find compelling about them?

The lyrical content is what struck me in the beginning; the first sheet music I saw was for a hymn called “Christ and Satan Joined in Unity.”  It’s not everyday we encounter a song like that.  Years before I had abandoned Western spirituality for an Eastern path, which is more balancing of light and dark rather than exclusive of one over the other.  The Process hymns interested me because they seemed to be forging an Eastern, integrative approach with Western symbols.

Did you derive the lyrics and such directly from them or are they loosely inspired?

The lyrics of Sabbath Assembly songs are 95% from the Process hymns; we occasionally add or remove lines, but for the most part the melodic structure and words all belong to the Process.  We are merely interpreters of the hymns.

How did Jex Thoth get involved with your project?

She was simply a phone call away.  Jex and I knew each other from previous work in other bands, and Sabbath Assembly seemed like the perfect opportunity for a collaboration.

What kind of reactions did you get to this music? I could understand it would have met with some confusion and misunderstanding?

A friend said to me the other day that while he likes the music of Sabbath Assembly, the lyrics are quite repulsive because he hates anything having to do with religion.  Another friend heard our new album and said it was “preachy.”  I’d like to believe that the innovative theological perspective of these hymns – they praise Satan, Christ, Jehovah and Lucifer simultaneously - puts them in a different category from typical ‘religious music,’ but it’s possible that if someone doesn’t have a general openness to spiritual dialogue, this music may not be for that person.  Others have thought we are actually trying to convert people to join a Church or encourage others to subscribe to a particular theological point of view, neither of which is the case.  We champion individual freedom of thought first of all.

What is your vision or intent behind bringing these songs?

Each person in the band has a different and quite personal reason, but I think the general feeling is that we find this music absolutely uplifting and inspiring in its unique blend of light and dark.  Personally, I sometimes wonder if I am simply trying to (re-)create a Church experience that would have been tolerable to me as a youth, rather than what I experienced growing up in an evangelical Christian home.  My intention in sharing this music is that it could serve a similar psychologically liberating function for others as it has for me.  As a child I felt in chains ethically, and confused about my relationship with the “all-perfect, all-seeing” God who was watching and waiting for sin.  The Processian concept of divinity, which allows for “sin” and “evil” as necessary components for “salvation” – or, personal fulfillment – is absolutely freeing by comparison.

Are the lyrics merely a vehicle for the mixture of gospel and psychedelic rock you wanted to bring or is it the other way around?

That’s a good question.  The honest answer is that the lyrics really came first; then we started playing the chords and melodies as indicated in the sheet music, and the hymns all seemed a bit kitch, a bit “campfire-sing-a-long.”  So we’ve actually taken great effort to achieve they mix you identify, and I can honestly say that SA is combining elements of all my favorite musics.  But the lyrics and themes of the Process came before the stylistic musical choices. 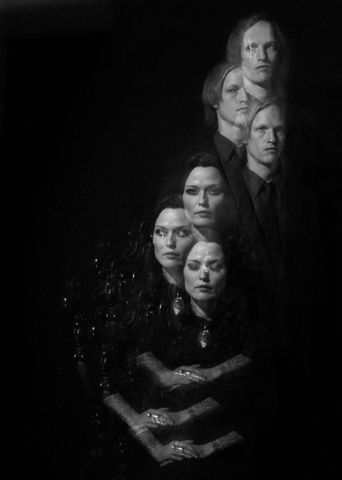 Where do you want to take Sabbath Assembly? Will it continue to revolve around ‘The Process Church” or will you seek out something else?

There still feels like a great wealth of work to explore within the Process – more than 40 hymns remain, and they are all charming; not to mention there are many more texts to read and re-read -- real holy scripture.

You’ve performed several times in these parts so far. First at the renowned Roadburn festival and then in Brueges together with Earth. Do you feel at home in this company?

Yes, metalheads are much more open to exploring the ‘forbidden’ aspects of their psyches than the Christian music fans could ever be.  Earth was a perfect band to tour with because they are not a typical metal sound at all, and yet they are identified in that scene.  I fantasize about playing gigs on the contemporary Christian festival circuit, but until we get that call (I’m not holding my breath…) we’ll stick with where the opportunities are -- and that’s on the dark side.