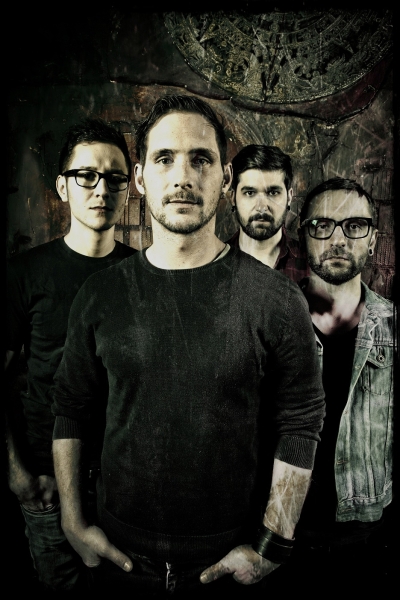 The Sorrow is a Melodic metalcore band from Austria. And we have just reviewed their newest release. Therefore we wanted to ask some questions.

Congratulations with the new album. We think it is an amazing record. How where the general reactions on the release?

Hey! thank you, glad you like it. The reactions where really good most of the times, so we´re really happy.

Can you give a short band biography for the people who don’t know you yet?

We are a 4- piece metal- outfit from Vorarlberg in western Austria. We started playing music together in 2005 after every single one of us already collected some skills and experience in numberous previous bands. Then things went fast, we recorded a demo, got a record deal, played our first big festivals and supportours. 7 years and 4 albums later we´re still doin what we love to do.

Why is the band named ''The Sorrow''?

Because we thought we need a simple and placative name that sounds good. So we chose „The Sorrow“. Our songs deal with rather tragic and melancholic topics as well, so there´s everything it´s place.

Some time ago you told that there was more maturity in the songs. Is this an development that will keep evolving. Or are you comfortable with the current level of the songs?

As long as we play music we try to evolve our sound and songwriting, if there will be stagnation, we should quit the band and start something new. So it should be a development in every musician´s life to raise the level bar of his music. And yes, we are really happy with our current level, it was really hard work to get there.

With your vocals, you succeed in reaching forward. What’s the secret behind this?

No secrets, it´s just our singer Mätze´s voice and his talent for singing and creating interesting hooks and melodies...
Is the inspiration for the songs a process that involves the whole band. Or is it mainly one person that leads the way?

It depends if it´s music or lyrics, music is mostly written by our two guitarplayers, the lyrics mostly by me, and some of them by Andi, our lead guitarplayer.

What are the future plans for the band?

Right now we´re touring germany, switzerland and austria to promote our new record, after that we will have a short break and just some single shows until we play some big festival shows from spring till late summer.

You are currently touring with Sepultura.  Can we expect you in Belgium anytime soon? Or is it still too early?

That´s not true, we we´re touring with Sepultura in early 2009, that´s quite a time ago... We already played in Antwerp back in 2007 when we we´re on tour with Devildriver. It wouldn´t be to early, if someone books us for Belgium and the offer is legit, we definitely will come:)

With the new year approaching rapidly, what can we wish the band? For the next year?