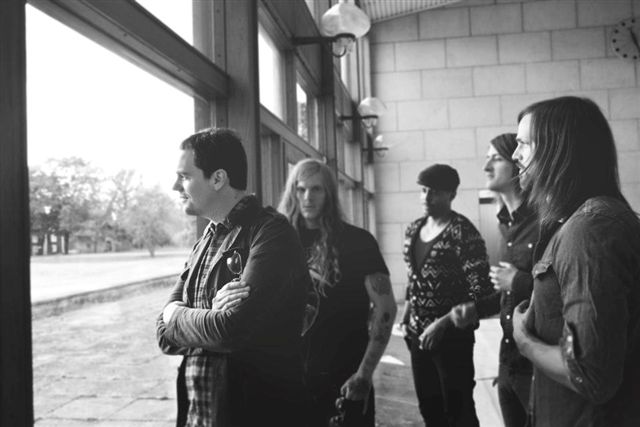 After a sabbatical that was extended over several years,  Magnus Pelander’s vintage rock act Witchcraft has  finally concocted a new brew that sees them take a turn for the heavier side.  Mr. Pelander himself is notoriously interview shy, but we did manage to get a hold of long time bass player, Ola Henriksson.

You’ve been away for quite some years. What happened?

We took a break from Witchcraft in 2009 and decided to pick it up again in 2010 but then we had to find new members because John and Jansson quit the band. It took some time to find musicians that would fit into the band but when we did it all went pretty fast from arranging songs to a released album.

What prompted your return now in 2012?

We have always felt that Witchcraft have so much more to give and with a new lineup and new energy we felt ready to release a fourth album.

You’ve also returned with an almost completely new lineup, with just you and Magnus left?

That is correct and now we have Simon Solomon, guitar, Oscar Johansson, drums and Tom Jondelius in the band. Fantastic musicians!

You must have been kind of active still as I remember you guys being rushed in at the last moment on Roadburn in 2010 when many acts had to cancel because of the ash cloud over Iceland?

Yes, we did an extra gig with the original Witchcraft lineup because of the volcano. Me,  John and Jens was there with Troubled Horse and Magnus with his solo project. We rehearsed for 2 hours and did the gig. It was fun.

Magnus also handed over guitar duties completely to concentrate on his singing?

Magnus has done that yes. It has improved his vocals and it’s a really good thing for the band! It is something that he has wanted to do for a long time and now when we have two new guitarists he is able to do it.

Magnus wrote most of the Legend album though and is still very much involved in the songwriting.

Your music is steeped very deeply in the golden age of the seventies like Pentagram, Zeppelin, The Doors, etc. What fascinates you so much about that musical era?

To me it’s an era of pure, honest rock. I’m into a lot of modern music also but there is something special about that era. They invented what we play now and that is fascinating.

You’re also not alone out there in this vintage rock in Sweden. Think for instance of Graveyard. Do you guys all get along or is there not much contact between your likeminded souls?

We have known each other since the 90’s and have played in bands together so we get along very well.

Any chance we will go to see you soon on a Belgian stage?

Of course. We will try to do an European tour this spring!
Live long and prosper! 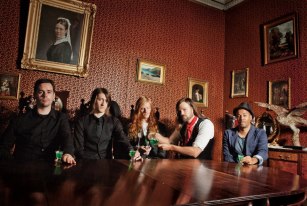