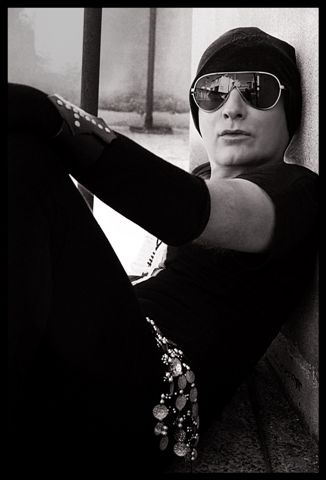 From his balcony in sunny Thessaloniki a joyful Johan Edlund answers our questions on the new Tiamat record ‘The Scarred People’, which has just been released by their new label Napalm Records.

When we last spoke you had just switched to Nuclear Blast for the ‘Amanethes’ album after a very long cooperation with Century Media. The new record is released with Napalm records instead. What made you switch labels again?

That's how it works.. I wouldn't put too much importance into that, more than saying that Napalm are treating us very good and we feel more than home with them.

The previous record was also significantly harsher, compared to the new one which reminds a lot of the more laidback experimentalism on ‘Wildhoney’ and ‘Deeper Kind of Slumber’.

Maybe that's so. I don't analyze our albums. I seldom listen to them, I like to make them. But if I should give it a try, I think it has a lot to do with the arrangements of the songs. Siggi learned me a lot about that. Strip things a bit, give space and time in the arrangements. For this you need a lot of confidence in what are the good parts to focus on, and what to throw away. Plus a lot of experience. But I have gathered quite some of the two over the years and it's gonna be interesting to see how I can use it on the next album.

You relocated from Sweden to Greece some years ago together with your girlfriend, which must not be easy considering the current economic situation there?

I care more for the weather than for politics, so I'm more than fine here. It's November and I'm doing this interview in the sun on my roof terrace, trying to catch some shadow from my palmtrees and lemontrees to be able to see the screen. My cats are enjoying the sun as well. My beloved is cooking biftekia for a brunch in the sun with a view over Mount Olympus and the Med. There are a lot of things to worry about in the world. I'm not one of them. Thessaloniki is the closest to paradise I've ever been. I love it so damn much.

The song “ Thunder & Lightning” is an old leftover from the last Lucyfire demo after which the project was shelved in 2010. What happened to it?

I don't know. But I like the song, and it was a perfect reason to ask Gus to play the lead and he liked the song alot too, so we went for it. I'm happy it's finally released and out of my system.Goth girls just got an anthem!

Who are ‘The Scarred people”?

My guess is as good as yours. Maybe we all are? My first idea was that the title track and Thunder & Lightning were some kind of homage to outsiders of the society. Goth-girls, punks, skinheads, bikers, criminals, bird-watchers, stamp-collectors, football fans, serial killers. Anybody but the banker or the central European prime ministers.

I’ve been reading the book “The history of Swedish Death Metal” recently which focuses a lot on the importance of the band in the early scene and also the pre Tiamat Treblinka. How do you look back on those days?

I haven't read it. I got a copy but I gave it to our ex-guitarist Thomas as I'm not much for nostalgia. We had a great time back then, but I'm not thinking about it too much. But I'm always happy when I see some of the guys and girls that were part of it. Think I will meet Nicke Andersson in Sweden in a week and I'm really looking forward to that.

How did the making of the video go for the title track?

Great, but short, time in Germany. Tim learned me a lot as I'm also into photography and filming. My lady is also working more and more with filming, but for the fashion industry, so I was thankful to pick up some tricks from Tim. I'm happy, though I miss a third part which I suggested should be a girl.. I miss Emily. Tims cutting is top notch.

Any touring plans in Belgium soon?

Nothing booked. We only have two shows booked at the moment, both on them are boat cruises. One on the east sea and one in the Caribbean.

Is there anything you want to add that you feel we haven’t covered yet?

Wanna go back to Antwerp and drink Leffe! And to Leuven to have margaritas at Louvain Louvain in the city center. Visit friends in Brussels.. Many thanks for taking your time, peace, All the very best & Vote for Love! 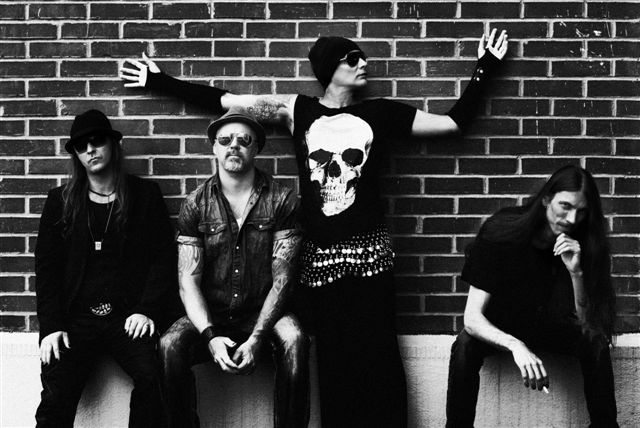