Summoning are an epic black metal band from Austria, formed in 1993 by Silenius and Protector.

They released 7 full albums, 2 EP's and a few old Demo's so far and they produce epic, atmospheric, dark and beautiful black metal using lots of synths, drums and guitars.

Sure watching anime is fun in itself and often looked down upon by some. But it is an excellent tool to discover some very nice quality music.
Some anime's even include superb metal(ish) music. Thats why i chose Fairy Tail's soundtrack('s) as inspiration for this SL.

With  their self-titled third album Sabbath Assembly have reinvented themselves as a rock band after two albums of singing hymns to the Final Judgment. David Christian tells his tale of rebirth and abortion. 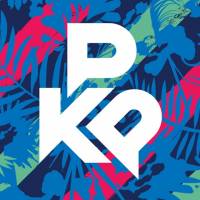 Let’s start with saying HAPPY BIRTHDAY PUKKELPOP! Cause this year Pukkelpop is celebrating its 30th birthday.

Let me start of by saying this: Castlefest is not a festival. It is a world - or even a universe - all on its own. Every summer, for four days in a row, the forest of Castle Keukenhof in Lisse, The Netherlands, is transformed in a realm of fantasy, steampunk, re-enactment and much much more.

For those of you who have no clue what Castlefest is, but have been to a convention before, imagine this. You take all of the convention, but spread it out over a small forest instead of a big hangar. Along the paths you find some blacksmiths, leatherworkers, fur traders and dozens of other kinds of shops. On the large open spaces, you put 4 stages with some of the best (Pagan) Folk (Rock) bands from all over Europe. Add a re-enactment village of canvas tents et voilà: Castlefest! 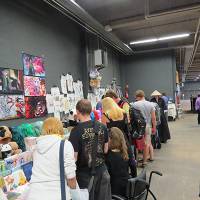 Atusacon held this year's edition on a very diffrent and new location. The ICC in Gent instead of the old trusted Antwerp Location. So it was up to us to discover how they managed to adopt to this new venue.